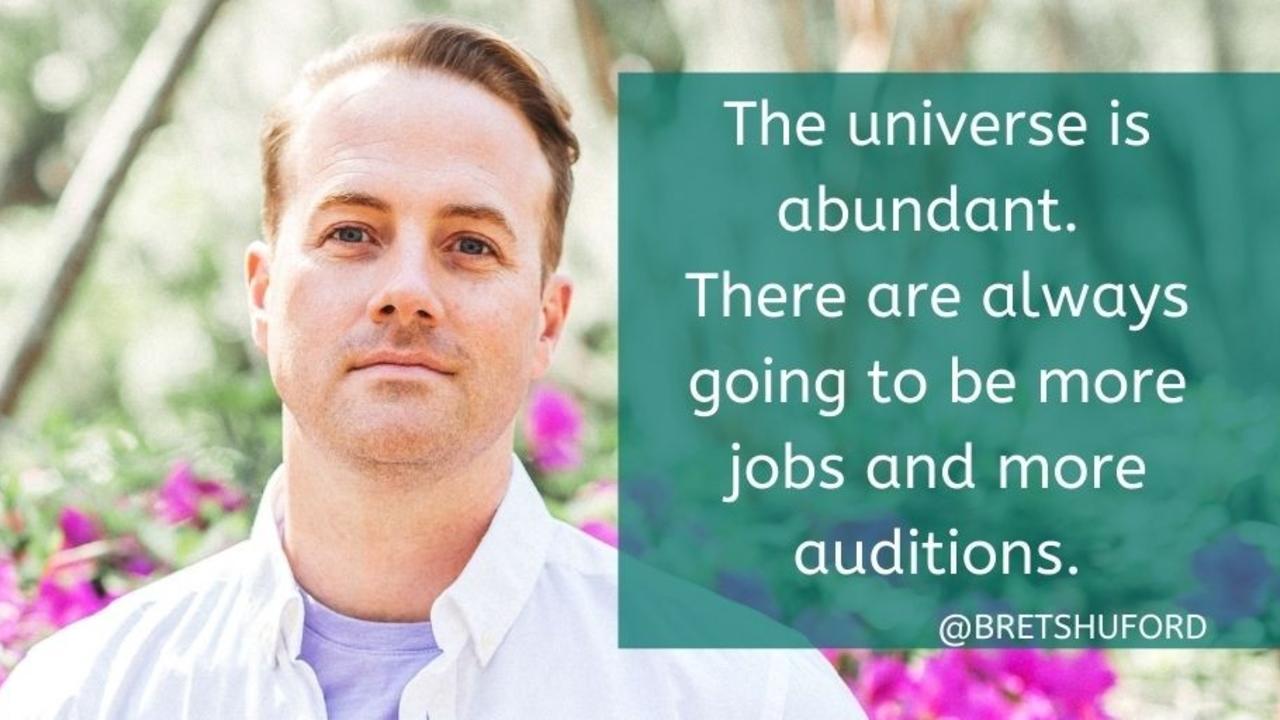 This article first appeared on Backstage.com

Negative thinking is a habit of the mind. In fact, thinking negatively is easy to do. Take a moment and count the amount of times you were at an audition or performance and received negative feedback. You can probably count the negatives on one or both of your hands. Now, take a moment and try to remember all the positive feedback you’ve gotten. You can’t think of as many, can you?

For some reason, our brains love to remember all the time the negative feedback validates our negative thoughts. It’s just more fun and dramatic then all those times that people have told us how great we are.

Usually these thoughts love to show up when we are about to go after something we really want. In the waiting room of an audition, right before the curtain rises—you start to hear those thoughts coming in like a wildfire holding you back.

Quite often, our response is to suppress these positive...

6 Things You Didn’t Know about Being a Broadway Understudy 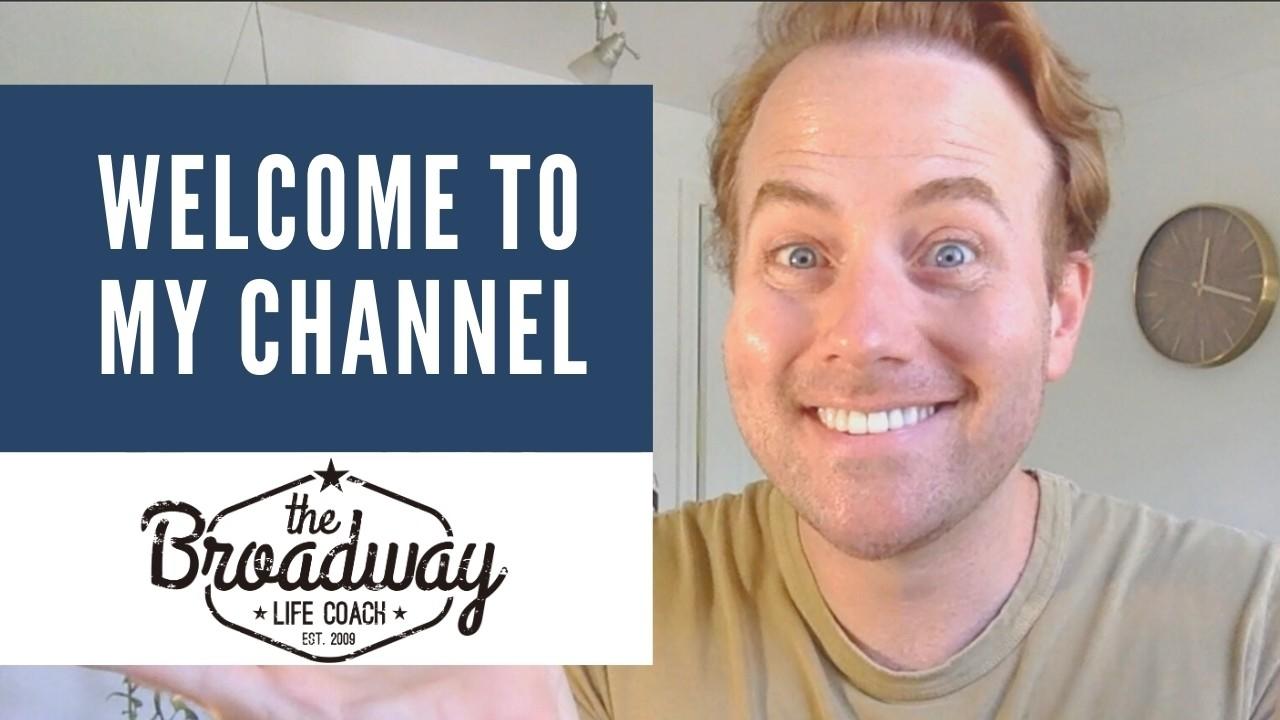 This blog originally posted on Backstage in 2015.

I’m currently the only male swing for Broadway’s “Amazing Grace,” a musical about the 17th century English slave trader who wrote the world famous hymn, and the understudy for the lead role of John Newton. Throughout my career, I’ve been an understudy for the Broadway productions of “Beauty and the Beast” as Lumiere, and as Prince Eric in “The Little Mermaid.”

Each show has taught me something completely different about the experience of being an understudy, and you may be surprised by what those lessons are.

5 Pieces of Advice I’d Give My Younger Self 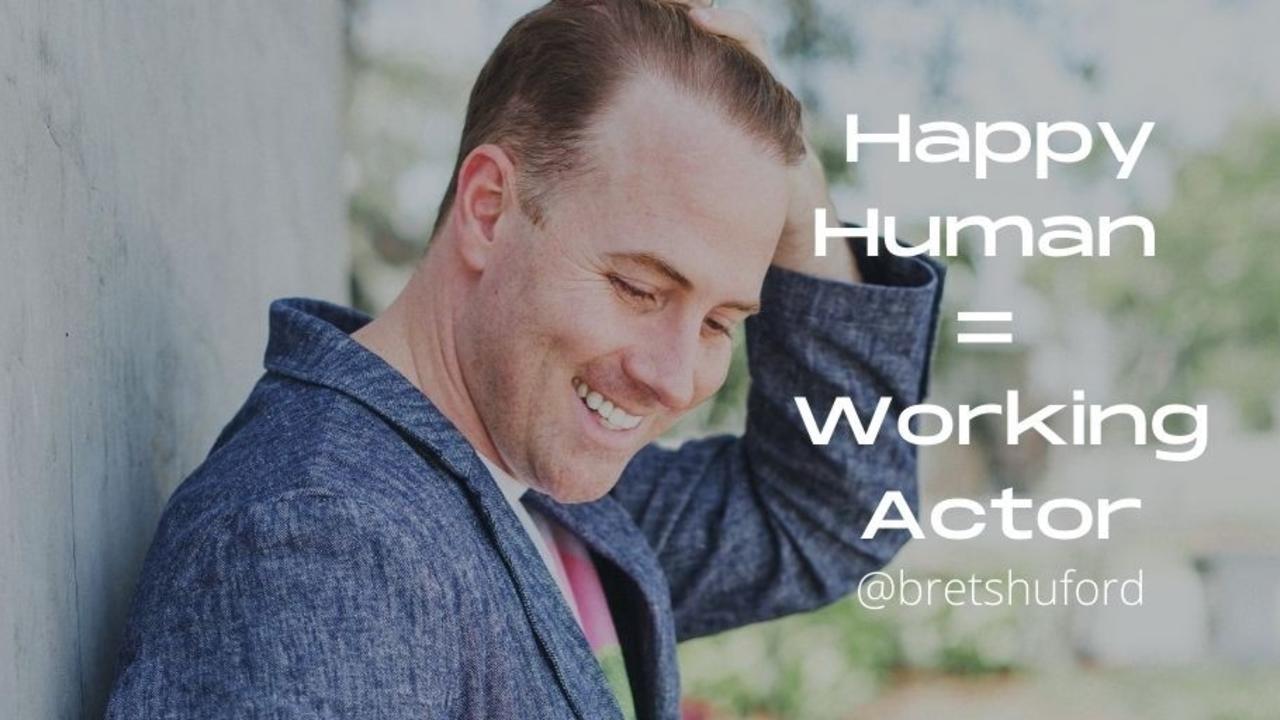 I’m filled with gratitude and joy for where my journey has brought me as an actor and life coach. Now that I’m what they call a “seasoned actor,” I was thinking about where I was in my younger years. These are some of the things I would tell my younger self.

Get your finances in order. Cut up your credit cards right now! You don’t need them and your credit score doesn’t matter as much as you think. Now, immediately enroll in some sort of financial program to get clarity on your finances. There are some amazing programs including Debtors Anonymous, the Actors Fund, or even Suze Orman’s “The Money Book for the Young, Fabulous, & Broke.” If you can get clarity on your finances now, you’re going to discover that you are worth a lot more than you think.

There’s no rush. You can do it all, but you just can’t do it all right now! Get really clear in this moment about what it is you truly want. Sure, I know...

Are you known in the NYC theatre scene? 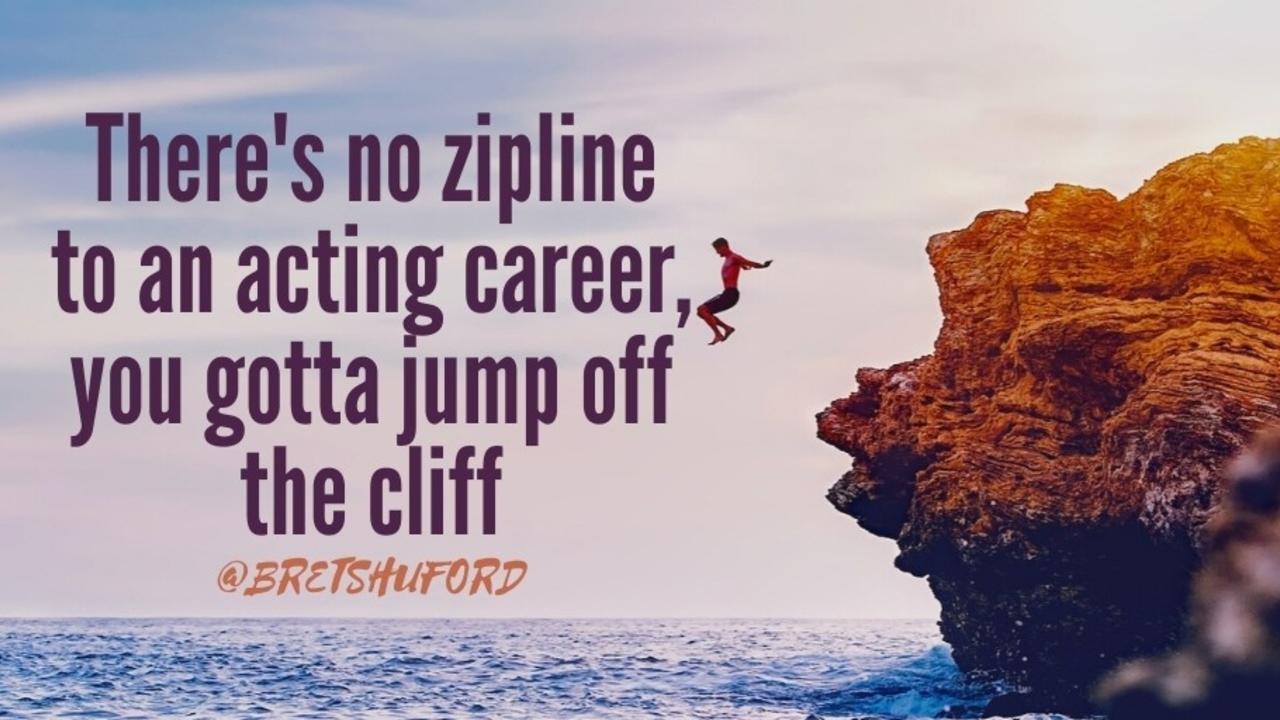 Every year, hundreds of eager actors come to New York City hoping to have a successful career in theatre, but very few know what skills it really takes to break into the business.

So, they head out to the usual EPAs and chorus calls. Maybe they even enroll in classes at the Atlantic Theater Company. Whatever they have heard that might give them the edge. It’s a lot of time and money spent on more training, waiting and worrying. And the actors wonder why their big break hasn’t happened yet.

That’s because the real key is being a part of the community.

Not just in class or at auditions. Theatre is a live, in-person experience. And what makes New York stand apart from Los Angeles and other markets is that there is always something happening in the theatre world and you can be an active participant in it.

So if you want to join this community, naturally you will need to start showing up and investing time in the kinds of theatre... 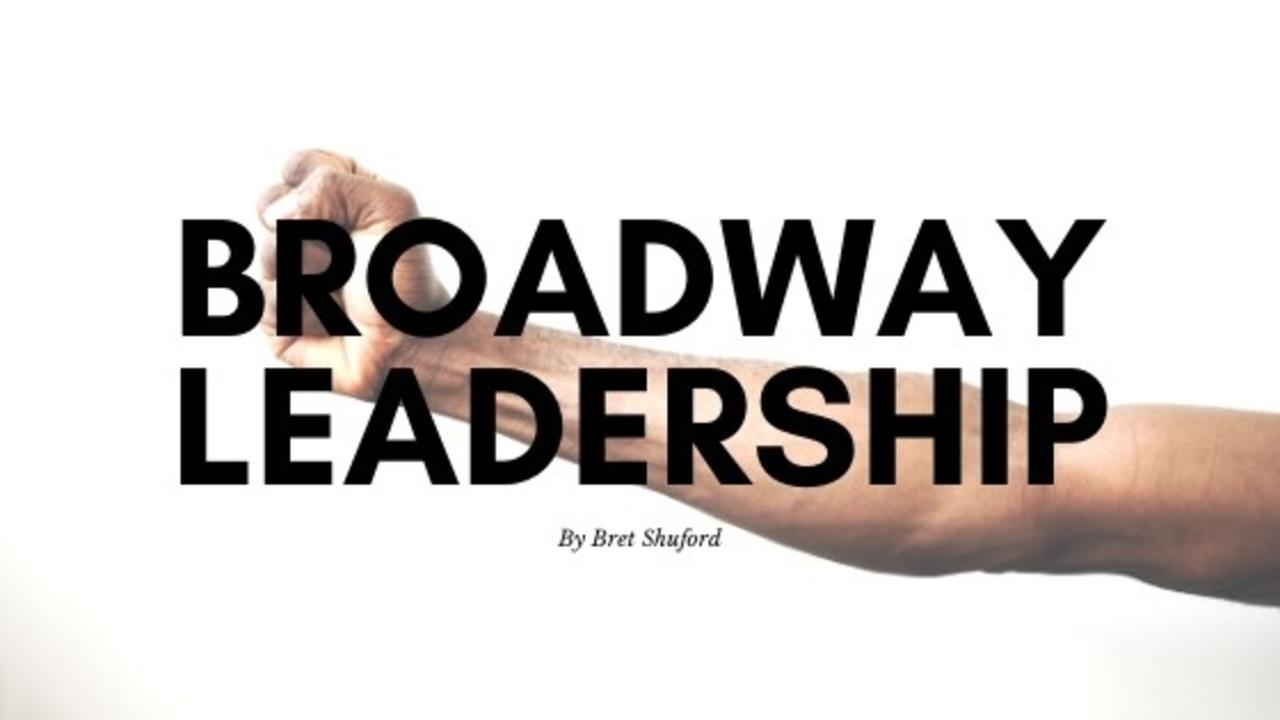 Right now, the world is looking to its leaders to show them the way forward, but Broadway is sadly silent.

Every million dollar organization in the world invests in molding its management into quality leaders who know how to communicate and build up their company, leaders who eventually know how to acknowledge, validate, and compassionately turn their employees into leaders. It also benefits the owners and CEOs of these businesses to build their employees up into leaders themselves!

Yet Broadway has no systems in place for its leadership.

There is no training of this kind for producers, stage managers, and company managers even though they are in charge of handling hundreds of people's livelihoods and stories. Sure, there are unions, but their focus is on advocating for labor contracts, NOT how the industry as a whole responds in times of crisis.

And right now is such a time.

Broadway is an idea that so many people (including myself) are inspired to dream about and eventually... 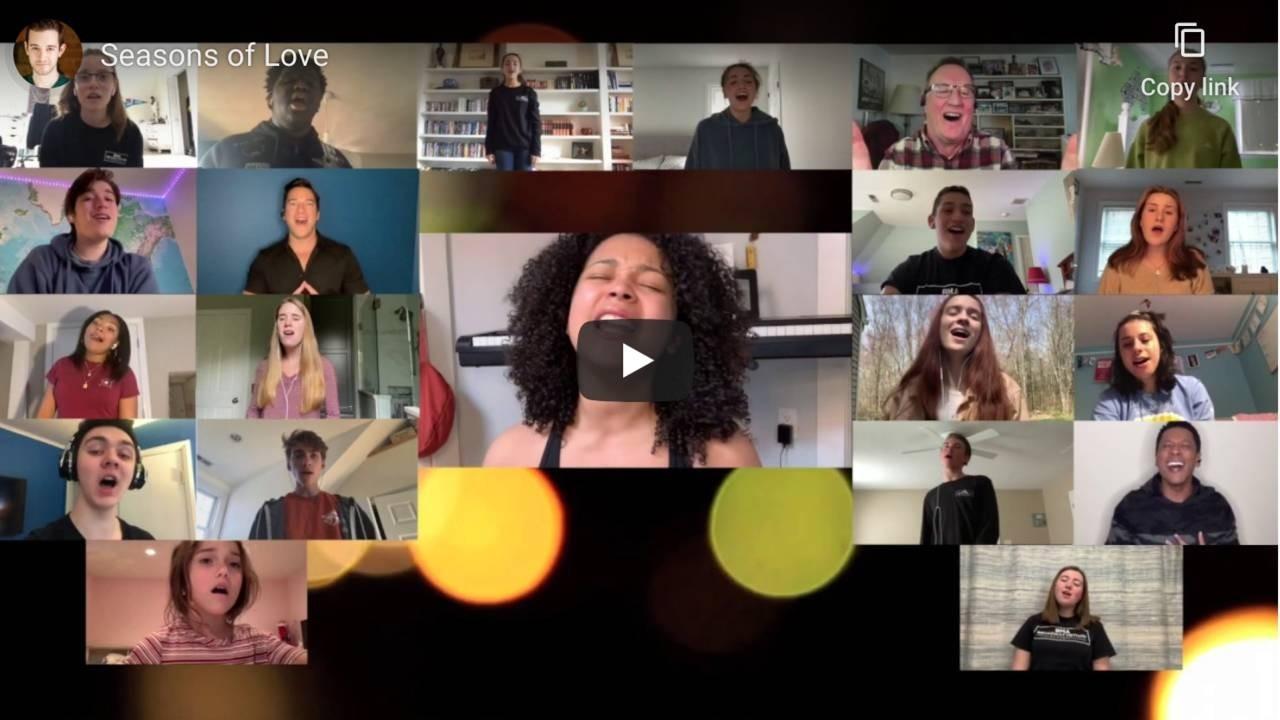 Broadway Method Academy, the resident conservatory of Westport Country Playhouse, like so many other businesses, has been hit hard by the impact of COVID-19. The organization's musicals, classes, and special events have all been canceled or postponed for the foreseeable future.

"The effects of COVID-19 have been staggering on our community. So many students have lost out on special opportunities," said Connor Deane, BMA's Executive Director. "With the cancellation of productions, both at BMA and at their local schools, we wanted to put something together that would hopefully lift their spirits."

BMA teamed up with a variety of its Broadway artists (including me) and over forty of the academy's students, to present a virtual rendition of Jonathan Larson's 'Seasons of Love' from the Broadway musical, Rent. Other Broadway veterans include Steve Blanchard, Meredith Inglesby,  and James Judy join Johnny Stellard, Jordan Tyson...

Showing Up to the Good Fight 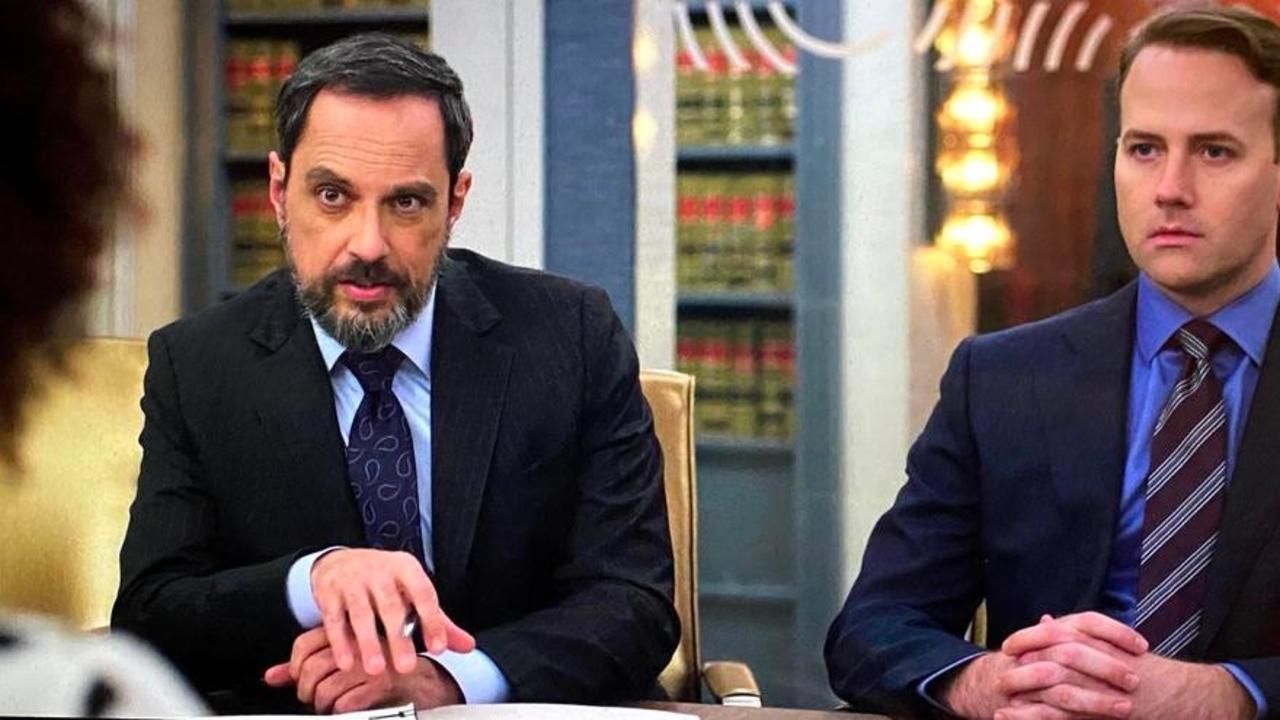 If you had asked me a year ago if I'd be back on Broadway in Wicked and also book an episode of the Good Fight on CBS All Access I would have said, "are you crazy?"

Alas, in the last six months, that is exactly what happened and I'm shook. (as the tiktok says) I didn't expect my episode of the Good Fight to air during a quarantine, but it was so exciting when my friends started texting me. 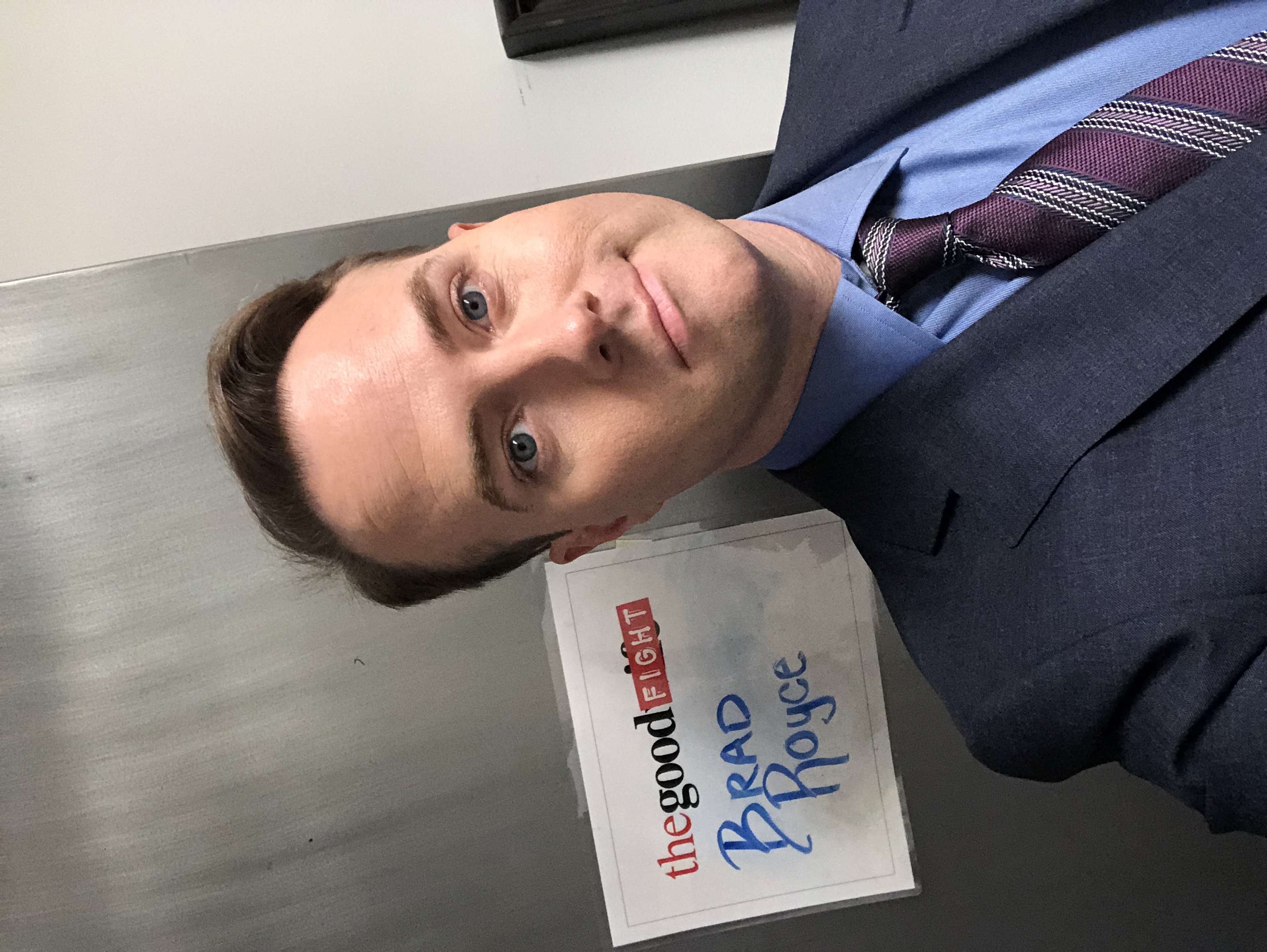 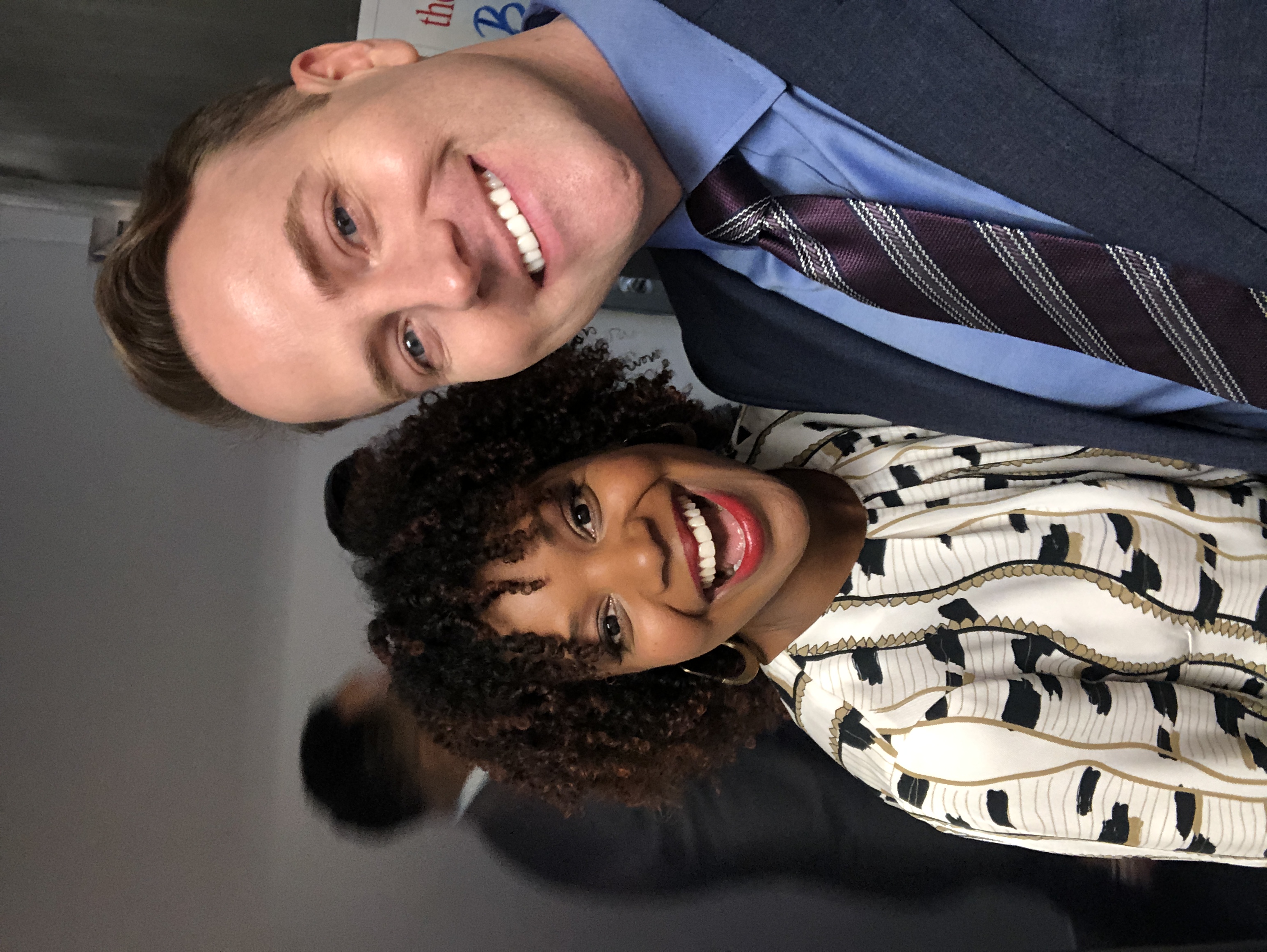 I got to a play a well-dressed entrepreneur who's wife is trying to get as much as she can out of the divorce. I loved being on set with such talented actors, and especially to have someone else dress me.

Now, I pretty much wear the same sweats every day!

The day we shot the episode it was 15 below, and I had to walk really far from the train in Brooklyn. I had my own dressing room, which was lovely, and the actress playing my wife was the loveliest. She is a former Broadway actress (Hair) and GORGEOUS.

It took a bout four hours to shoot and I was home in time for dinner. I look...

How to Create a Stellar Audition Book 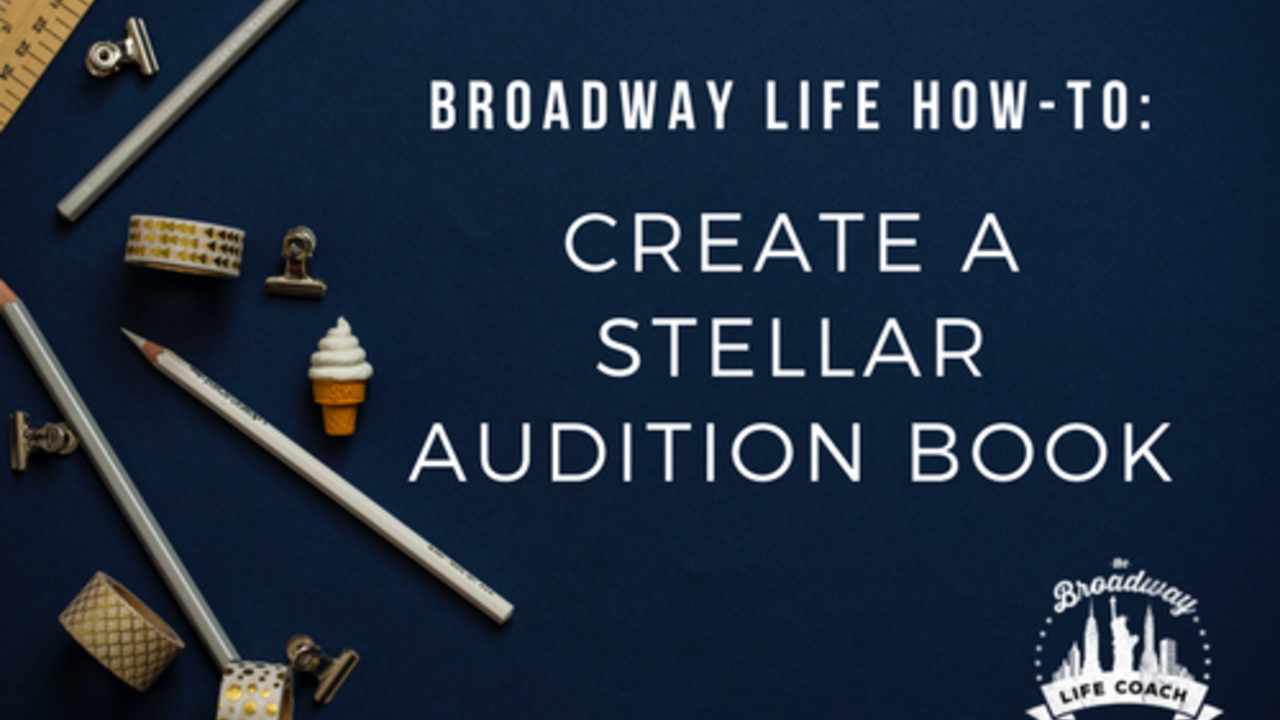 Perhaps the most valuable and necessary tool for a soon-to-be Broadway performer is your audition book. This book is something you will lug around EVERYWHERE, and since it’s a shared item with every pianist that you meet in the room, it becomes a reflection of your preparedness.

Obviously, you want to represent yourself well, so an organized, neat book is a must. Luckily, it’s super simple to set up. Here is my checklist for creating an audition book that will help you shine at your next audition.

1) BUST OUT THE SCHOOL SUPPLIES.

Purchase a 3-ring binder that ideally has pockets inside and is no bigger than 2 inches. Any larger than that and the binder becomes too large for the pianist to even handle. Make sure the 3 rings close well and don’t separate; this becomes cumbersome for page turns.

Most importantly, only include the songs you know you’ll sing. You can create a separate binder for vocal coaching and...

How to Take the Note 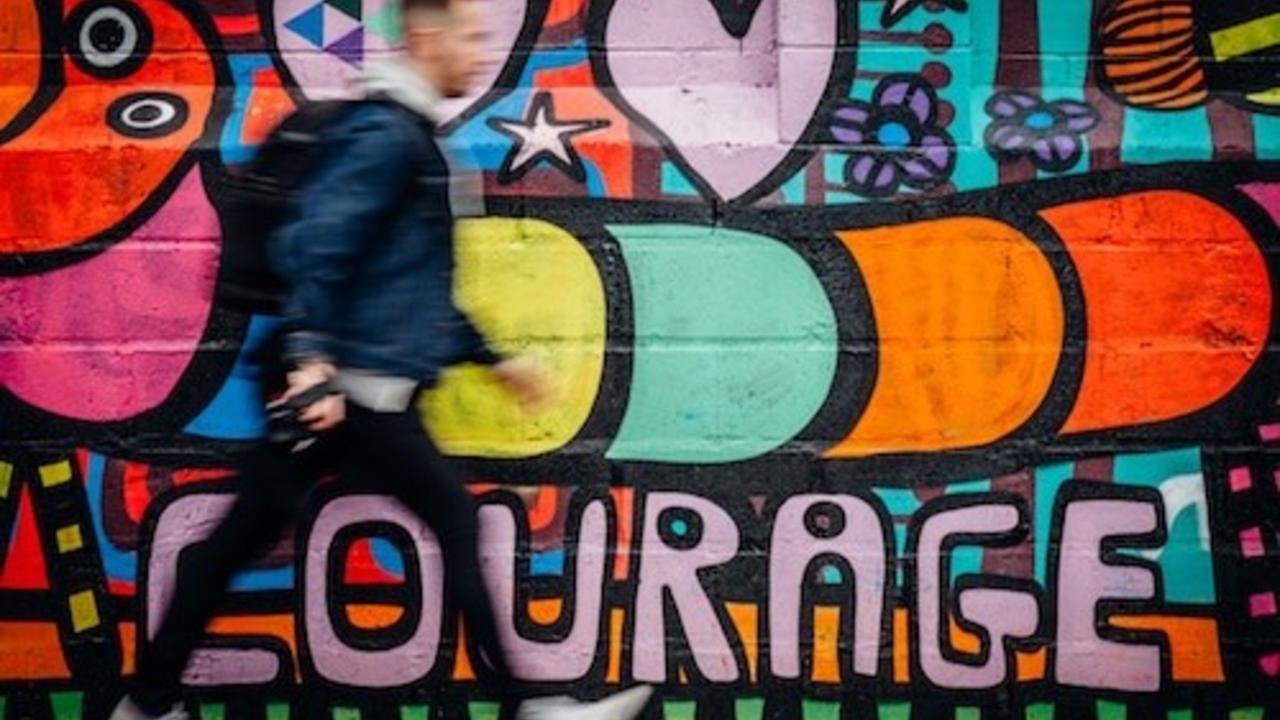 Photo by Oliver Cole on Unsplash

Creating a story can be a very vulnerable experience. We put ourselves on display while people watch us portray a character that is brand new to us, and then to get notes after can very easily touch that part of us that already feels exposed.

How many times have you been in a note session, and you hear the other actors defensively explaining their choices on stage? It’s because they feel exposed. It’s a natural reaction to be sensitive in that situation. We’ve all done it at some point, but here’s something to remember before your next notes session with a director.

Taking the note doesn’t mean take the punches. It may feel like a gut punch to you, but the director is trying to sharpen and hone the story; he’s not thinking of your feelings. Notes sessions are not the time to defend your craft. Simply say THANK YOU and let the note marinate.

A Letter to NYC 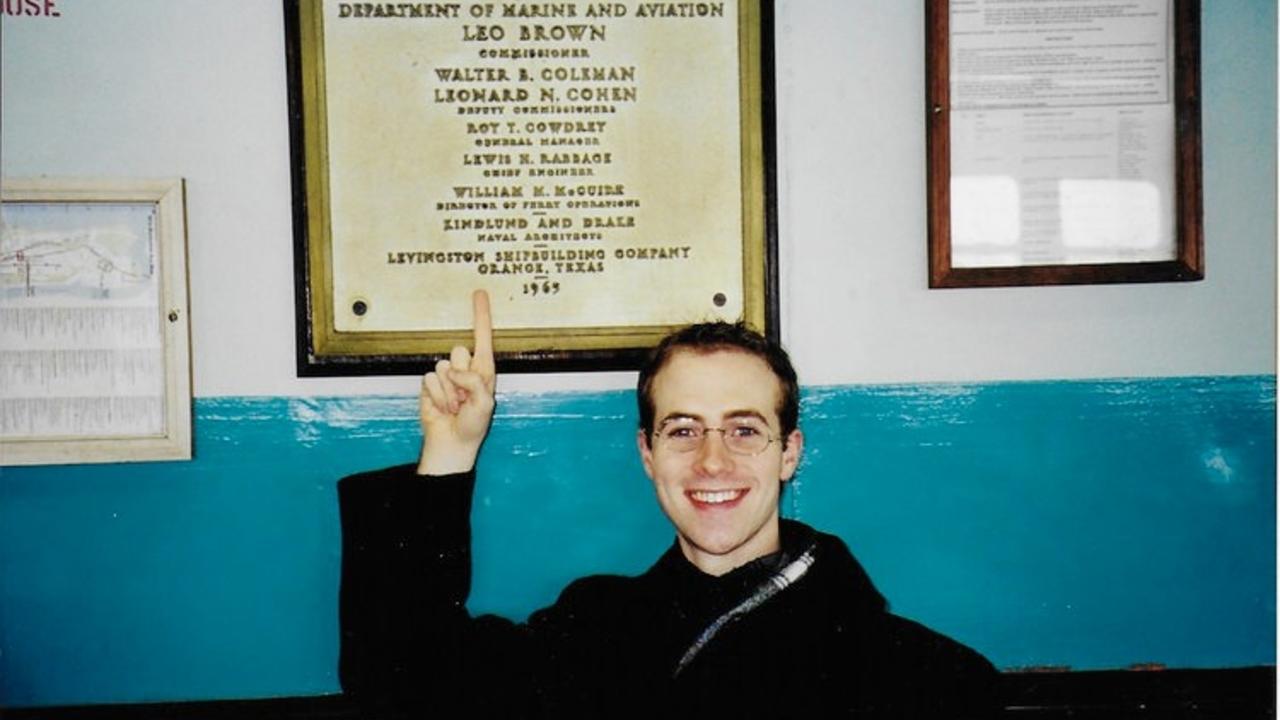 When I stepped out of the grungy, dirty, Port Authority Bus Terminal a mere nine-year-old Texas boy surrounded by his Texas family in awe of you and the energy you created, I knew I wanted to live inside you. The first thing you did was hit me with a taxi (true story) and yet I still wanted to live inside you.  When I returned to Texas everyday from that point on was a day I knew would draw me closer to you. I would watch your movies and TV shows and think “one day I'm going to live there.” You drew me like a butterfly to a trashcan-fire. When I moved to you, first to Staten Island to finish my college program, the culture shock was unreal. This Texas boy only knew how to make others happy, what it was like to be surrounded by people who looked and thought just like him, but this Texas boy quickly learned that you would have none of that. You taught me that to survive in NYC, you have to be ready to fight. You have to take late night subway rides and... 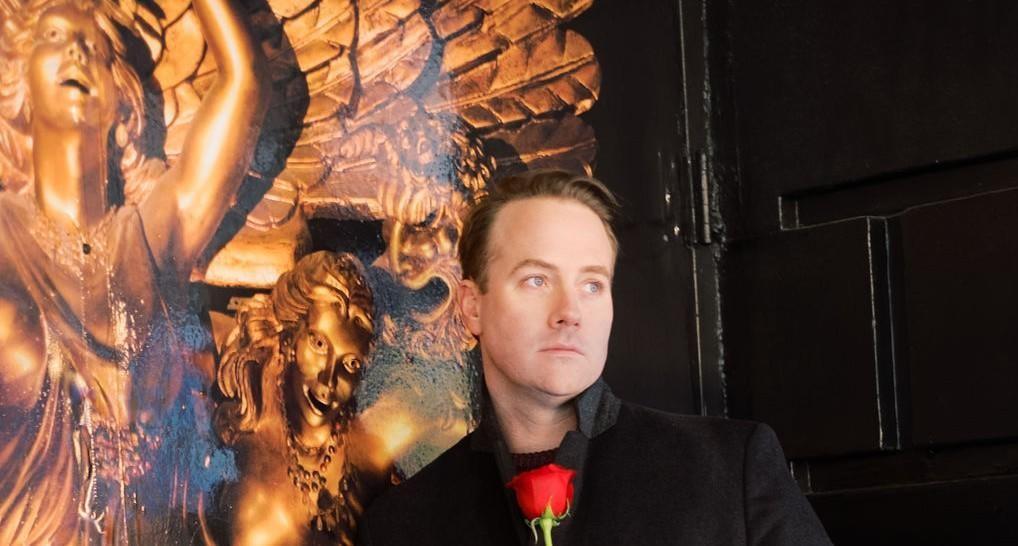